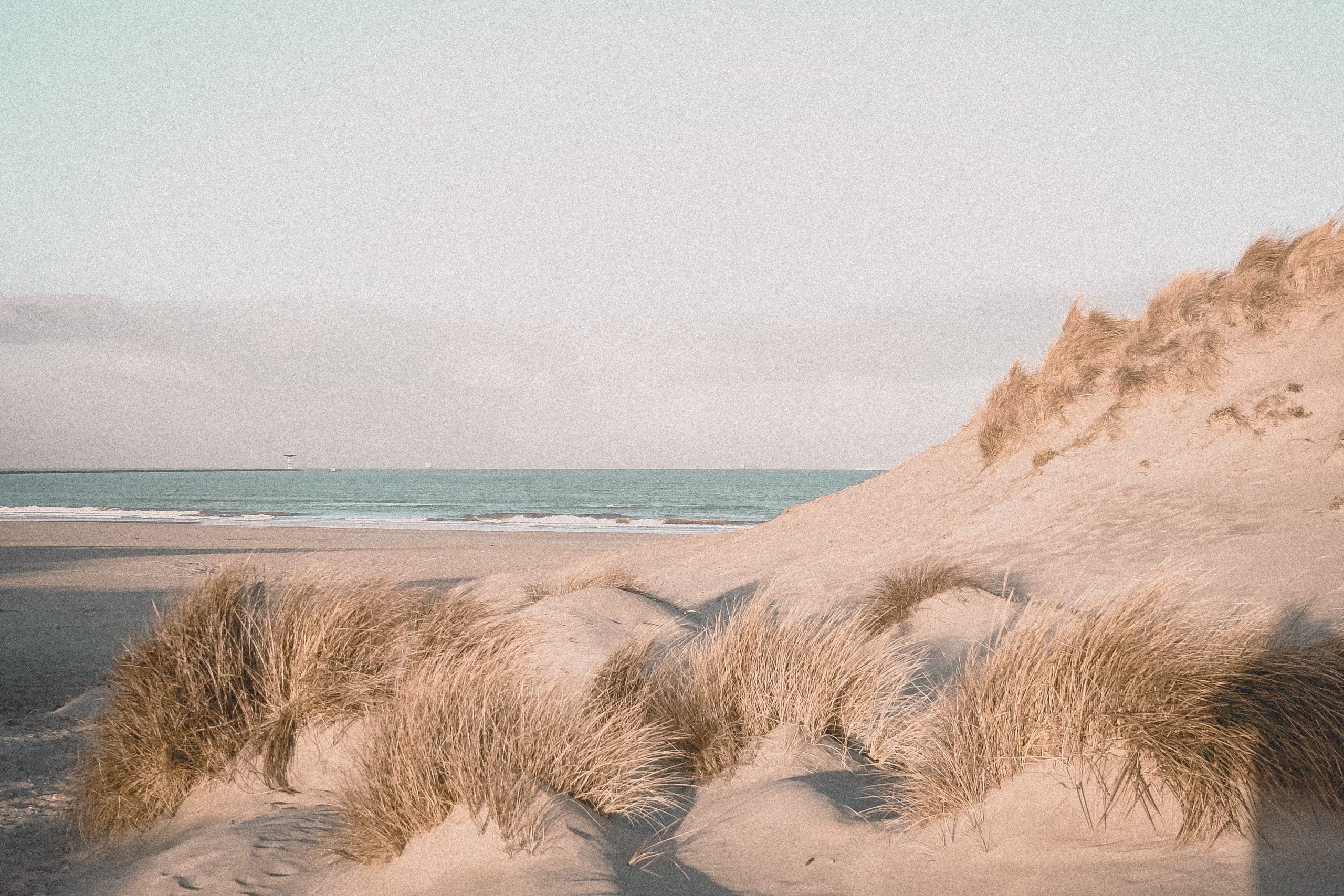 Sand dunes are an important part of our environment. They help to protect the environment from wind and storms, while also providing habitat for some rare and endangered species. So why are sand dunes so important?

How do Sand Dunes Form?

Knowing the intricate and time-consuming process of sand dune formation is key to understanding the importance of these beachfront features. Sand dunes are formed when the wind blows over them. In addition to the wind, other factors can affect the structure of sand dunes. These factors include airflow velocity and sand grain size. Depending on these factors, different types of dunes can develop. Some dunes are built by local winds, while others are built by sea breezes.

The wind velocity is measured in meters per second. It varies in a log-normal distribution. Wind speed can increase rapidly as the crest of the dune rises. As the wind velocity rises, more sand is carried. This can result in larger dunes.

When the wind is moving fast enough, sand grains can be carried to great distances. They can also strike other sand grains, causing them to fall. Once they reach the base of the dune, the grains can be deposited. However, this does not allow the dunes to continue to grow.

Various studies have studied the role of wind in the formation of sand dunes. Researchers have found that the structure of sand dunes is determined by the wind and the airflow velocity. Higher winds can carry more sand, but this is dependent on the size of the grain and the amount of friction near the surface. Moreover, the direction of the wind is affected by the geology of the mountains.

Researchers have investigated how airflow and sand grain size can influence the shape of sand dunes. Sand dunes can be classified into transverse dunes and reversing dunes. Basically, the former are shaped in such a way that they are perpendicular to the prevailing wind, while the latter are shaped in such a way that the crest is at a right angle to the prevailing wind.

Reversing dunes, in contrast to transverse dunes, are formed when the wind periodically reverses direction. There are many varieties of reversing dunes, including those with major and minor slipfaces oriented in opposite directions.

The basic types of dunes can be identified from desert to desert on Earth. In the southern Sahara, for example, the sandstorm winds can be intense. While the wind can cause sand to be carried in a variety of ways, the majority of the sand moves as jumping grains.

Sand dunes are ecologically complex and dynamic interfaces between land and sea. Many of the plants and animals that inhabit these environments are endangered or rare. These species may be threatened by off-road vehicles, trampling, or climate change. There are eleven federally listed species that are found in dunes. One of the most endangered of these is a plant called sand dune phacelia.

Sand dune phacelia is a member of the forget-me-not family and grows on coastal dunes in southern Oregon. It has silvery hairs on its leaves that prevent desiccation in a harsh environment. Despite its unique habitat, sand dune phacelia is threatened by invasive species and climate change.

The Bureau of Land Management’s Special Status Species Policy lists sand dune phacelia as a sensitive special status plant species. BLM monitors its populations and removes invasive species in the New River Area of Critical Environmental Concern. However, this is only a small part of the threat facing this species.

In addition to invasive species, climate change and off-road vehicles pose threats to sand dune phacelia. A recent survey by the Oregon Department of Agriculture’s Plant Conservation Program found that the population of sand dune phacelia has decreased over time.

Unlike most endangered species, sand dune phacelia only occurs in southern Oregon. Populations of this species are fragmented and isolated. This can lead to reduced genetic diversity.

Coastal development has also been a threat to sand dune phacelia. Sand dune phacelia is not protected under the California Endangered Species Act. Without ongoing maintenance efforts, populations of this species could be lost.

Sand dune phacelia can be lost without continuous efforts to preserve its habitat. A number of threats impact this dune plant, including European beech grass, iceplant, and invasive plants. Fortunately, the Bandon Dunes Golf Resort actively maintains the largest sand dune phacelia population in the region.

Another endangered dune species, Layia carnosa, is threatened by both invasive plants and dune blowouts. Unlike sand dune phacelia, beach layia is confined to openings in coastal sand dunes. As such, it is restricted to six isolated locations along 500 miles of California coastline.

There are five main types of crescentic dunes. These include the linear, parabolic, grainy mountain, crescentic, and wave dune. The height of the dune has a big impact on its ability to protect coastal properties from storms.

Sand dunes are an essential part of a barrier island system. They provide significant benefits along the North Carolina coast. However, the effects of sea level rise will significantly affect the area.

As a result, sand dunes and their surrounding vegetation will need to be preserved. This helps protect coastal property from erosion and storm surges, as well as provide a habitat for wildlife.

During a storm, wind-blown sand is blown over the dune and deposited on the dune face. As the dune’s height increases, the risk of overtopping is reduced. Similarly, the sand’s width increases the ability of the dune to protect against erosion.

Hurricanes are a major threat to sand dunes. During a hurricane, the dune face may collapse, resulting in a wide beach for sand to be swept inland.

When a dune erodes, it is important to add more sand to fill the space left behind. A larger dune will give greater protection to areas further inland.

In the aftermath of Hurricane Sandy, many survivors of the hurricane were interested in how a dune works. To learn more, they asked a few experts.

In addition to protecting people from coastal storms, a healthy dune system can help replenish damaged beaches. During a storm, dunes nourish the foreshore and buffer the salt spray.

While sand dunes are an important part of a barrier island system, they won’t stop long-term erosion. However, they can act as a natural buffer against erosion and can help mitigate wave flooding further inland. Moreover, a dune can be aesthetically pleasing compared to hard structures.

Other threats to sand dunes include human activity. For example, construction of houses, car parks, and other infrastructure can lead to dune degradation.

Sand dunes are the natural coastal barriers that protect the coastline from storm surges. These systems can also provide habitat for rare and endangered species.

However, these ecosystems are threatened by human activity. Deforestation, degraded sand, sea-level rise, and hard sea defenses can interfere with natural processes. The impacts of climate change are also increasing.

Several countries have a variety of programs to protect and restore sand dunes. These include stabilization programs, building or restoring dunes, and recreational use. It is important to remember that not all aspects of dune management are obvious to the public.

In order to effectively protect coastal sand dunes, people should be informed about the nature of these ecosystems. Information can be provided through maps, brochures, and leaflets.

Among the most significant threats to sand dunes are construction along the coast, pollution, and human activity. If not addressed, the natural process that keeps sand dunes in place will be interrupted.

A variety of native plants can be used to help restore sand dunes. The presence of tough beach grasses and pioneer grasses helps to stabilize the habitat after a storm. Other species such as the marram grass help to absorb sediment during storm events.

Coastal sand dunes are vulnerable to erosion due to human activities and a lack of space to withstand sea-level rise. This can lead to loss of the dune’s ability to withstand severe storms.

Many people travel to the beach and trample the sand. This not only degrades the sand, it is also hazardous to inland properties. There are also many invasive species that cause damage to sand dunes.

Ultimately, there is a need to implement a comprehensive sand dune protection and restoration plan. In addition to these programs, it is also essential to follow all regulations and laws regarding coastal development and environmental protection.

Protecting coastal sand dunes is important because of their valuable role in the overall ecosystem. They are the first line of defense against storm surges. As such, it is important to understand how they form, how they protect the coastline, and what can be done to conserve and restore them.